The male is called the Pen and the female a Cobb.

The male normally has a bigger bill knob than the female.

In flight, the wings make a throbbing noise.

They are not mute but make an array of hissing and grunting noises.

After hatching the cygnets stay in the nest for 1-2 days before being led to the water by their parents.

Historically, Mute Swans were the food of the royals and the aristocracy. However, in Scotland and Ireland killing one was deemed as bad news as they were thought to embody the souls of the departed. 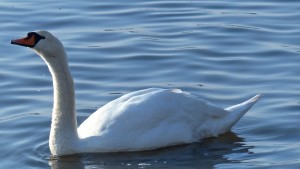 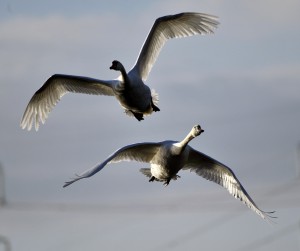